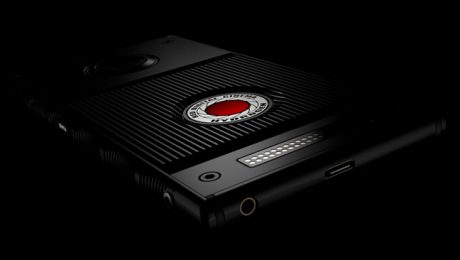 So RED Digital Cinema is making a phone… What would happen if ALL camera companies made phones?!?

Canon – For 4 years web empires are built on speculating what the flagship phone will be and when it will launch. Riots ensue when a friend of a friend of a friend in the industry hears that it’s going to have a particle accelerator built in. Finally Canon announces and ships… a phone that would have been cutting edge 4 years ago. Still, the menu is nice and the buttons have advanced clickyness.

Nikon – Makes a great phone that has the prime selling point of being backwards compatible with the telegraph.

Panasonic – Announces and ships phone promptly. Phone has fantastic tech and is higher quality than most phones. Only it’s ½ the size and who wants a ½ size phone? No one. A weird niche of core users hack it and become able to travel through time.

RED Digital Cinema – Announces phone with an ad comprised of nothing but a black velvet nude Elvis painting and promises of teleportation. May possibly be able to make phone calls as well. Pre-order sells thousands in the first hour. Charger cable costs more than Canon’s phone. Ships without ability to make phone calls but will on a later firmware. No one notices or cares and is sold out for years.

Blackmagic Design – Announces a similar phone to Red for 1/3rd the price. Takes a year and a half to ship. Is both figuratively and literally a cinder block. Has more glitches than Red’s phone but includes a free paperback copy of Encyclopedia Britannica. Develops a cult following from people who are jealous of Red owners.

Sony – Already makes an awesome phone that no one really cares except that one weird guy in every office who swears by it. Makes 6 variants within the first week. mkXVIII version launches 8 weeks later.

GoPro – Makes a mediocre phone but pays NASA to let someone bungee jump off the ISS with it while fighting Godzilla. People lose their minds assuming owning the phone will let them do the same thing and they sell like hotcakes. No one remembers the Contour or Drift phones.

Leica – Paints Panasonic’s phone black and puts a red dot on it, doubles the price.

Samsung – Gets bored of crushing the phone market and makes a decent camera that no one really cares about. Tablets start catching on fire. Ditches cameras and goes back to making phones properly.

SIGMA – Makes a pretty good phone… but runs Windows, so no one gives a crap about it.

DJI – Makes a great phone, but the phones tend to crash frequently and each time require being sent back to the factory for a month for repair. Next gen has anti-crash technology. They still crash.

Fujifilm – Makes such a good phone that it’s totally sold out anytime people go to buy one so people just go back to buying Canon’s 4 year old tech flagship phone.

ARRI – Makes a phone with the best call quality on the market. Costs the same as a nice car and weighs about as much. Lacks the teleportation abilities of the Red phone, but is embraced by everyone who wouldn’t dare be seen talking on a Red.

Kodak – Basically invents the telegraph, telegraph pole and telegraph wires.  Decides no one will want a wireless phone.  Goes out of business in 17 seconds.  Licenses name to selfie sticks.

About 4 years after the 5D mkIII, the 5D mkIV is here! Which given Canon’s product cycle, makes it exactly on time. Now, I’m not going to pretend for a second that I haven’t been a Canon fanboy since the late 90’s and the XL1, through my first DSLR, the Canon 10D through the game changing 5D mkII. When you’re dating Canon for a long time, you learn to wait. Forget all the rumour sites, unless you really like disappointment (8k 5Dmk4? REALLY??) all they will do is waste your time and keep you from actually shooting.

Which brings me to pre-answering the most interesting question… Canon 5DmkIV vs Sony A7sII ? Actually… wrong question. The real question is Canon 5Dmk4 vs Sony A7R2. Because no matter how much all of us want Canon to make the 5D into a video monster… it’s not. It’s a still camera designed for still photographers that just happens to have some video capabilities. And the A7r series is a closer match up to that.

I’ll be honest, even though Canon has had more time at the plate, the 5D4 loses on most counts. No IBIS. No LOG. 4k only in APS-C mode (though Super-35 has always seemed to be good enough for feature films.) It loses in resolution to the A7rII and in ISO to the A7sII. Dual Pixel AF vs Phase Detect? Near tie. Dual Pixel RAW? Don’t convince yourself that this has any Lytro-esque capabilities, go read DPReview’s article on it.

So does it beat either of Sony’s top offerings? No. Definitely not. However…

It feels good in my hands, I like using it – and that’s not to be underestimated. As much as I’m in awe of the Sonys, I don’t like using them. I like the Canon. It feels like what a photo camera should feel like. It makes me want to take it with me on a trip.  Like an old favourite hat, I already know it’s got a place in my backpack. It’s got that great solid grip that has been with me since my old EOS 35mm cameras (but better!) The buttons make the night right clicking sounds, the shutter snaps like a shutter (cameras have those) should snap. And of course, all my Canon lenses work without fail.

Nevermind.  Keep your 6D and for the price difference just buy an A6500 for shooting 4k video…

What is the best camera on the market?

Sony RX100 mk anything. Simply the best camera that will fit in your pocket.  It’s up to the mkV.  Buy it and never look back.

Sony A7r II. Yeah, R not S. This was a matter of much debate in the office, but I’m writing the post so I get to choose. Why the R over the S? Phase Detect AF and 46MP stills with medium low light performance trump the terrible AF and amazing low light of the S model.  You really can’t go wrong with either

Sony FS7. One of the only cameras we agree we’d all spend our own money on. This may change if the C100 mk3 ever comes out, and the FS5 is a budget contender.

Commercial production/broadcast on a low budget.

So you want to get hired?

Canon C300 mk2. It’s not the best camera, but producers love Canon, and you may get the work to pay off the extra $10,000 over the Sony FS7 that does the same and more.

Best cine came for the buck

Red Raven – The Ursa Mini 4.6k could have been a contender… except for all the problems it has been having and of course shipping 1.5 years late or so.  We love the Raven, though it still costs over $12,000 kitted out.

GoPro Hero 5 Black is still the best picture quality in the size range, but I find myself going to my tiny Sony AZ1vr mini w. live view remote for actual action stuff. OK I own 3 of them.  The Sony X3000 will be out soon with OIS in 4k and that should steal GoPros crown. 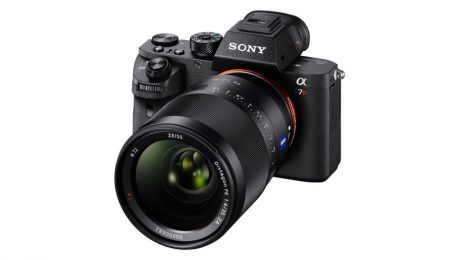 A7s2 vs A7r2 Which is better to rent for your next short film or video production?

Who cares – they are both awesome!  Both are huge improvements over the mkI of each.

First, thankfully, the ergonomics are better!  I could barely hold the old A7s without a half cage.  Yes I’ll still want one for the mkII versions, but at least it’s pretty good without.  The grip is so much nicer.  Far from as comfy as Canon or Nikon, but usable.

Next, obviously, 4k internally.  Remember you need SDXC not SDHC cards to get every recording mode!  No idea why Sony went that way, we’ve got some fast SDHC cards… but there you go.

IBIS – In Body Image Stabilization.  You aren’t replacing your Ronin M yet… but it sure is nice to be able to buy cheaper non image stabilized lenses. It’s really quite good and actually with a bunch of practice and steady hands, you might be close to fooling people into thinking you’re on a Movi.

The A7s2 hasn’t improved over 400,000 ISO. We’re arguing in the office whether it’s cleaner at high ISO than the A7s, or if we’re just imagining it is. Either way, it’s still amazing to see in near darkness.

The A7r2 is really quite a superb still photo camera (as well as 4k video of course) and the Phase Detect AF knocks it out of the park over the A7s2. I’d still rent the Canon 5Ds R if I only needed stills and not video, but the A7R II is a perfect blend of photo and video quality.

So, which should you buy, the A7s II or the A7r II? Beats me… I bought both! ?
If you want to get hands on with them, shoot us an email, you’re welcome to pop in and take a look. If you want to rent one, just email with the dates you need and we’ll hook it up! Prices and packages are listed on the DSLR page.
Cheers!
Dylan